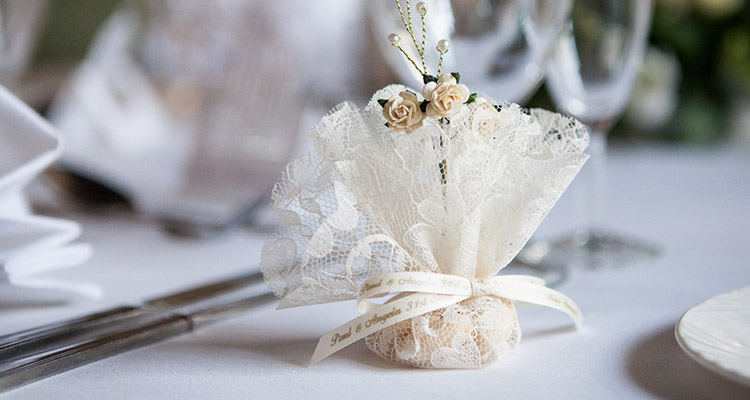 A favour is a small gift each guest receives at a party to thank them for attending. It’s also a memento of the occasion. Depending on the budget, a wedding favour can be a single trinket or a gift bag containing several items. The giving of favours at weddings is now a firmly established tradition. The custom began centuries ago amongst the European nobility, when small gifts known as bonbonniere were distributed to guests. These were small crystal or porcelain boxes studded with gems. Inside were cubes of sugar – a very expensive commodity then – or other items of confectionery, representing royalty and wealth. 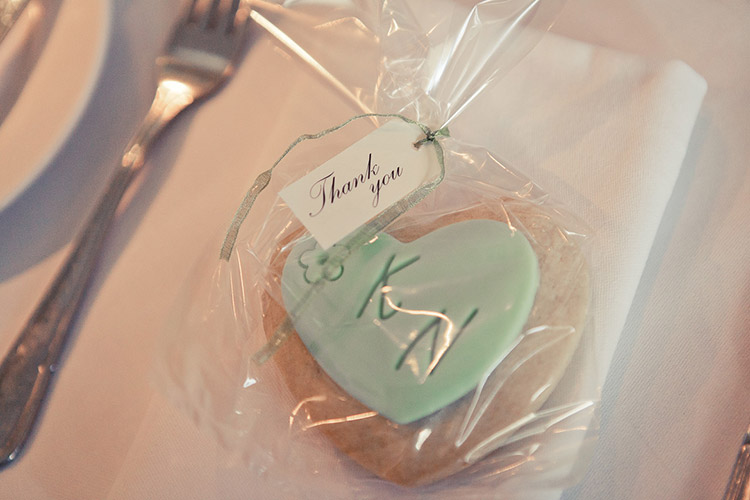 The price of sugar decreased as the years went by so that these favours became more affordable and ordinary people began giving them out at parties. Almonds gradually replaced the sugar cubes and were later sugar-coated and referred to as confetti. Almonds are still a traditional element of the modern favour.

These days, favours are often more elaborate and designed to reflect the season or the theme of the wedding itself. They can be chocolates, candles, soaps, CDs, silver-framed photographs of the happy couple, biscuits or fruit, among many other things, and a number of companies specialise in creating highly unusual and distinctive favours.

The bride and groom have long been considered lucky, and by the nineteenth century favours that were given away at weddings were seen as a way for the newly-weds to share out some of this luck. Many couples would personally hand out the individual favours, almost as if bestowing a blessing upon their guests. There is an increasing demand now for favours that are more practical than frivolous, gifts that will be a long-lasting reminder of the day.

At spring weddings the favours might be packets of seeds or small potted plants to reflect the idea of growth and new beginnings. Guests at winter weddings may go home with Christmas decorations or miniature snow globes. There are even packs of sparklers for couples whose ceremonies coincide with Bonfire Night.

There are the usual personalised books of matches and heart-shaped chocolates to be purchased online, and vintage-themed favours are now extremely popular too. The only limit to the type of wedding favour you can have depends entirely on your imagination. If you can’t find the favours you are looking for then, providing you have the time to do it, why not do yourself a favour and make your own? You might have fun at the same time!